Home » Blog » Highlights from the World Glaucoma Congress – Episode 2: The Benefits of Yoga

Highlights from the World Glaucoma Congress – Episode 2: The Benefits of Yoga

Highlights from the World Glaucoma Congress – Episode 2: The Benefits of Yoga
Posted on: 31 July, 2017

In the previous blog, “Glaucoma and Depression”, I reported on a study from Turkey demonstrating a link between glaucoma and depression. Naturally, the question that arises from this is “What can be done about it”? Well, an interesting study presented at the World Glaucoma Congress from Mittal et al addresses this very question.They performed a randomised trial to examine the impact of meditation and yoga (M&Y) on subjective and objective measures of well-being and glaucoma control.

Fifteen glaucoma patients were asked to participate in a 60 minute M&Y session in addition to standard treatment whereas a control group, also consisting of 15 patients, received standard treatment only. All participants were re-assessed after 3 weeks. The outcome of the intervention was measured in terms of serum cortisol (goes up when a patient is stressed), endorphin (higher levels are associated with feeling well), a quality of life questionnaire (higher scores equals better quality of life) and intra-ocular pressure (IOP; lower is better for glaucoma control).

These findings are interesting in that they provide rigorous scientific evidence that interventions such as M&Y have positive benefits for both well being and glaucoma control. The outcome ties in nicely with the earlier reported finding of increased rates of depression in glaucoma patients and provides hope that interventions that target a patients well-being are of benefit to in glaucoma management. 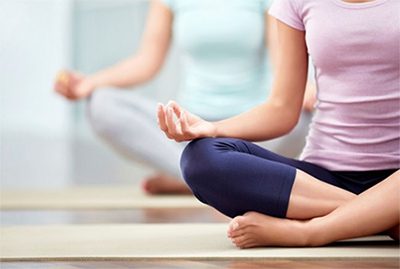